On 27 July, EU Foreign Ministers approved Iceland’s application to be submitted to the European Commission and invited the Commission to submit an opinion on it. The EU General Affairs and External Relations Council (GAERC) decided on the matter after a lively debate. Sweden, which currently holds the EU Presidency, believes that Iceland’s membership negotiations with the European Union are likely to be quick-paced. "There’s no fast-track for Iceland, but there’s obviously a rather shorter track for Iceland because they’re already part of the Single Market and the Schengen Area,” Swedish Foreign Minister Carl Bildt said. According to Foreign Minister Alexander Stubb “the first GAERC meeting organised by Sweden went very well and according to expectations. If a country was chosen to hold the EU presidency permanently, if it wasn’t Finland, it would be Sweden.”

At his press conference in Brussels, Foreign Minister Stubb spoke about the desired outcome. “Today’s news with regard to the enlargement is simply great – Iceland’s membership application was agreed to be submitted to the Commission.” Foreign Minister Stubb did not try to guess Iceland’s entry date into the EU but stressed that negotiations may be difficult. He advised that Iceland should proceed carefully to avoid any setbacks. “But the faster the better,” summed Minister Stubb giving Finland’s strong support for Iceland’s membership aspirations.

The ministers at the GAERC meeting also discussed the Commission’s proposal for the Baltic Sea Strategy that Finland strongly supports. According to Minister of Migration and European Affairs Astrid Thors, there was not a single opposing view on the associated plan that promotes cooperation around the Baltic Sea and that has vital and concrete objectives. Minister Thors stressed in her press conference that “if the strategy succeeds, it will improve the safety on the Baltic Sea; dangerous sea transports such as the transport of chemicals and oil will be registered and so forth.” Minister Thors also listed the positive effects of a possible phosphate ban as well as the more efficient allocation of agri-environmental aids in order to prevent the most serious of hazards within the catchment area. “Moreover, the Kaliningrad area should properly be included in the Baltic Sea Strategy,” said Minister Thors who also elicited to the fact that the Russian enclave is as harmful a pollution source today as St. Petersburg was ten years ago.”

Minister Thors stressed in her speech to the Council that “the Baltic Sea Strategy must be ambitious, take concrete initiatives and set measurable objectives that are monitored regularly. The Commission has made a good proposal in this respect.”

Foreign Minister Stubb praised EU President Sweden for its effective approach in the first GAERC meeting it hosted. “The proof of this efficiency is the long list of issues that were addressed today,” he said.  To name a few, the agenda included matters concerning Somalia, Georgia, Iran, Afghanistan and Pakistan. Foreign Minister Stubb also said that despite the difficult circumstances in Afghanistan, Foreign Minister Bildt had actually positive experiences to share from his recent trip to the country. “Minister Bildt said that Afghanistan is currently running an election campaign which can be seen as decent.”

In addition, Minister Stubb commented on the lively debate on Afghanistan that has recently kicked off in Finland. “This debate is very welcome. We don’t want to underestimate the risks and therefore it is also good that this issue is discussed. But for Finland, the comparison to being at war goes too far,” he said. According to the minister, the Finnish troops are able to carry out their duty although the safety in the area is regrettably poor. “Our mission is not to stay in the country forever, but the objective is to gradually pass the control of the area to Afghanistan’s own security authorities,” Minister Stubb said. 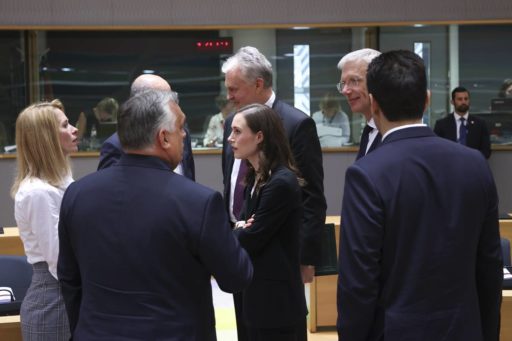